I’d say the one thing we- soccer parents– have in common is that we’re sick and tired of being afraid.

Afraid that our children will get hurt…

Afraid that our children will quit the game…

Afraid that our children will not fit in…

We’re also tired of world news and the global conversation (propaganda) that is programming us to FEAR and looking for individuals to blame.

Forty years ago (yikes) we didn’t have computers, mobile phones and the Internet…we didn’t even have colour TV. But we lived in reality or what was perceived to be reality at the time.

What’s turning so many children into Narcissists?

Why do people think what they’re doing is so important?

And my favourite (add sarcasm here) the selfie…

The difference between my generation and the kids of today is simple. The kids today are all narcissists.

Let’s talk about me, me and me…

It’s always me, me and me… yawn

Have we turned into a society of self absorbed, rude and obnoxious people?

Who are only interested in power, beauty, money and being “special”?

Are we so delusional –entitled- that we actually believe that we’re superior…even when we’re not contributing or achieving anything of value?”

I know what you’re thinking…

Waking up to an alarm clock- pffft (sound effect, not a word)

Spending over 50% of our life away from our family because we are slaves brainwashed to consume and live in debt.

If you’re like me, you’re probably wincing a bit and screaming YES!

Not with me of course.

But in general, this sounds about right. 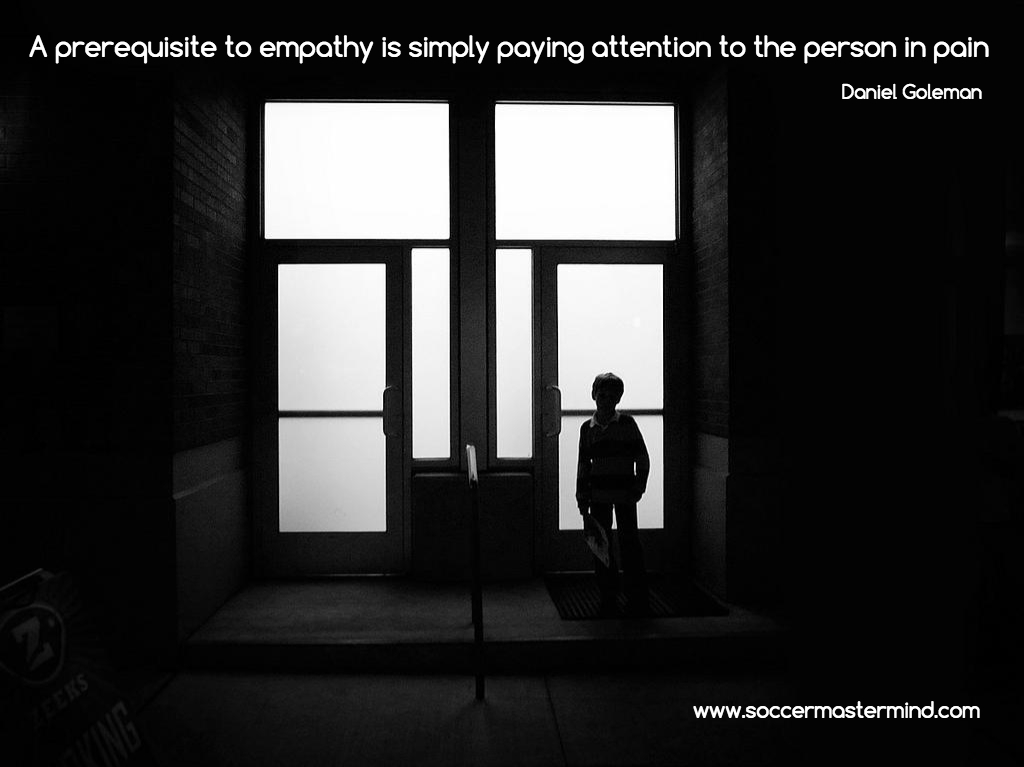 But here’s the problem-

We lack the necessary empathy to be compassionate.

We lack the compassion, which inevitably disconnects us…

Not only disconnects us, but dehumanizes us in the process.

So how do we survive in a world of narcissists?

We cut everybody down to size…

If you’re honest, it doesn’t matter if you’re talking to the coach, boss, neighbor or that social climber (brown nose) parent that everybody wants to be associated with…the response is always the same.

These friggin Egomaniacs need to know that they’re not special…

They’re far from great…and they need to get over themselves.

But does this fix the problem?

Here’s where it gets tricky…sad, and a little heart breaking.

We don’t fix anything by “cutting” people down to size.

This is not the cure; it’s the disease…the epidemic.

Here’s the definition of narcissism courtesy of the dictionary;

Here’s a new definition of narcissism… Narcissism is fear

Narcissism is being shit scared that people might actually discover that in fact…you’re nothing really special at all.

Narcissism is shame…shame that you’re living a lie…

Putting on a mask…putting on protective armour to avoid hurt and reality.

Narcissism is the fear and the shame of being ordinary… or what we called in the past, normal…a human being.

Why do I feel this way?

An ordinary, family life is a meaningless life…and I see how my kids grow up on a diet of reality shows, celebrity culture, global propaganda and fear.

Not to mention the free for all, unsupervised, social media, cough cough, Facebook that creates a distorted sense of reality.

Kids believe their worth is only as good as the number of “likes” they get on Facebook or Instagram.

It happens to me too…

After all… I’m only human.

I know how seductive it is to use celebrity culture as a yardstick.

The glitz and the glam

We have been programmed to blindly consume…

We get scarcity because we live it.

Most parents don’t realize it, but here’s my attempt to explain this;

“I didn’t get enough sleep”

“I don’t have enough time”

The “never enough” mentality occurs automatically before we even think of a question.

We spend most of the hours…days…years, hearing, explaining, complaining, finger pointing and worrying about what we don’t have enough of…

Before we get out of bed.

Before we pit on our slippers…or scratch our backsides, we’re already inadequate, stressed, behind the eight ball.

Fast forward…to bed time and our minds are drowning with what we didn’t get, didn’t get done…

We go to sleep burdened with programmed expectations and wake up to screaming alarm clocks that quickly suffocates us in the world of lack.

The world is designed for consumption, corporate dollars and the manifestation of fear. The narcissism epidemic has enslaved us all in the “never enough” mindset.

The word scarcity is from the old Norman French scars, meaning restricted in quantity.

Scarcity thrives in a self absorbed culture.

We waste our lives calculating how much we have, want, don’t have and how much everyone else has, including the Joneses.

Why is this a problem?

Because it’s self defeating…because we are comparing humans like objects…because we are striving for unattainable, media driven lifestyles and visions of perfection…

Another dangerous comparison we –parents- don’t talk about is nostalgia.

Nostalgia is the most dangerous form of comparison.

“Those were the days…”

How often we compare ourselves to a memory.

To a memory that nostalgia has so completely messed up that it never really existed.

And the warped memories didn’t happen over night…with technology, Internet and the explosion of social media there has been a major evolutionary shift.

The world…its people and even the dynamics of family have changed.

We live in a world of unnecessary comparison that’s fractured by disengagement and fear.

The Death of Kids Soccer

It happens when we’re yelling abuse at the referee…

It happens when we’re stressed, exhausted and in search of some patience…

It happens when we’ve had enough and argue with each other…instead of coming together to help each other.

Kids Soccer has transformed to a volatile cocktail of shame, comparison and disengagement.

What most parents fail to realize is this;

“The ingredients of scarcity are also shame, comparison and disengagement”.

Let’s reflect on the following questions;

Is fear, intimidation, ridicule and belittling used to coach children?

Is self worth aligned with score lines, winning, achievement and compliance?

Is finger pointing the norm?

Is name calling and teasing rampant?

What about favouritism and perfectionism?

Are we suffocating children through comparisons and imaginary score cards and rankings?

Are children held to one narrow standard rather than celebrated for their individuality and strengths?

When I look at these questions and think about kids soccer and our children, my answers are

Why do we insist on using outdated concepts of “talent”… and why is this used as a measurement of worth?

Why are children afraid to take risks or try new things?

Do we actually pay attention and listen to our children?

Do we understand our children’s struggle or are we hiding it?

When I think about my boys in the context of these questions, I nearly break down and cry.

These are the issues we try and overcome daily.

I’ve highlighted “overcome” because without struggle there is no awareness, commitment and love 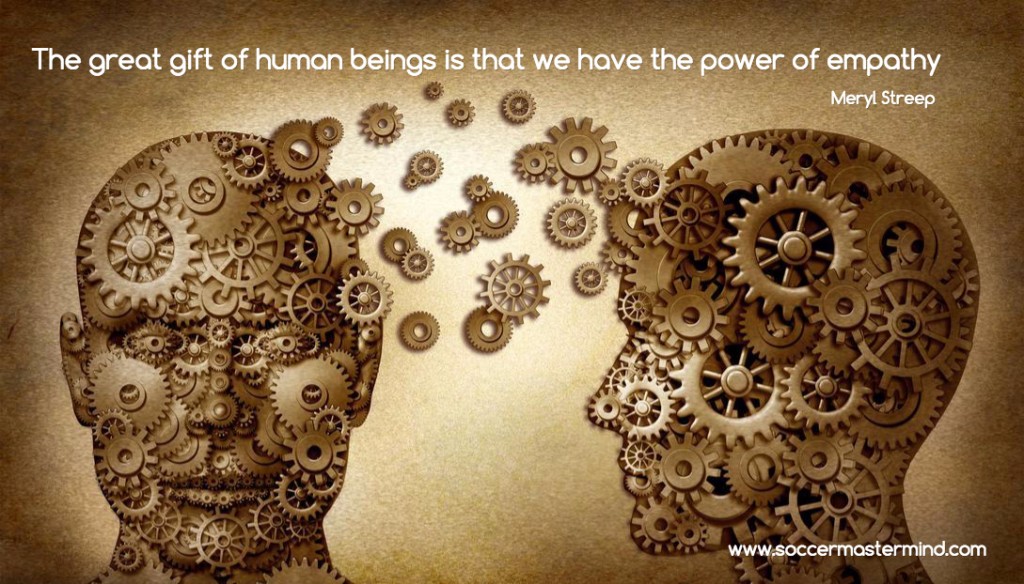 The soccer community is always applying pressure and fostering the status quo.

…and unless we’re willing to push back and fight for our children, the result becomes a state of scarcity, failure and disappointment.

Not to mention the added bonus of losing all self worth and the viral infection of the “never enough” mentality.

The opposite of “not good enough” is not being the best –champion-!

“Not good enough” and being “the best” both sit on the same side of the coin…all harvest scarcity…not to mention the status quo.

The opposite side of the coin is self belief and self worth.

The ability to struggle in defeat and still feel worthy…

The ability to tackle uncertainty and the emotional backlash…

Due to scarcity, the greatest casualties in kids soccer are love, engagement and effort.

Our kids have been blindfolded into the “not enough” prison and crippled by fear…and we’re the prison guards.

Is it their fault they want to quit the game?

Is it their fault they feel inadequate?

Is it their fault they fall short of the yardstick and are paralysed and crippled with fear?

Can you see know… how yelling, screaming and even forcing your child to play the game only adds to the scarcity epidemic?

…because what you put after them shapes your reality.