Split the team evenly into 2 groups (Red vs Blue)

Line up each team on the opposing sides facing the 10*10 grid which I will refer to as the “hole”. 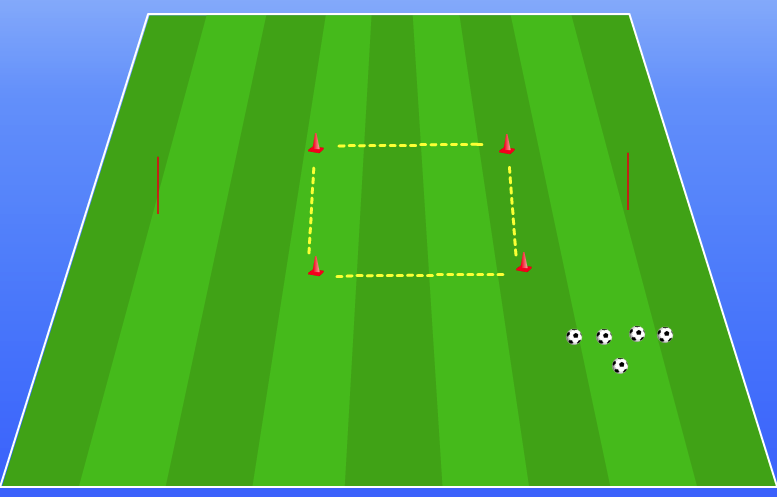 Start of with one defender (Red) inside the hole. In the first sequence, the red player starts as the defender.

The Blue player will start off as the attacking player. 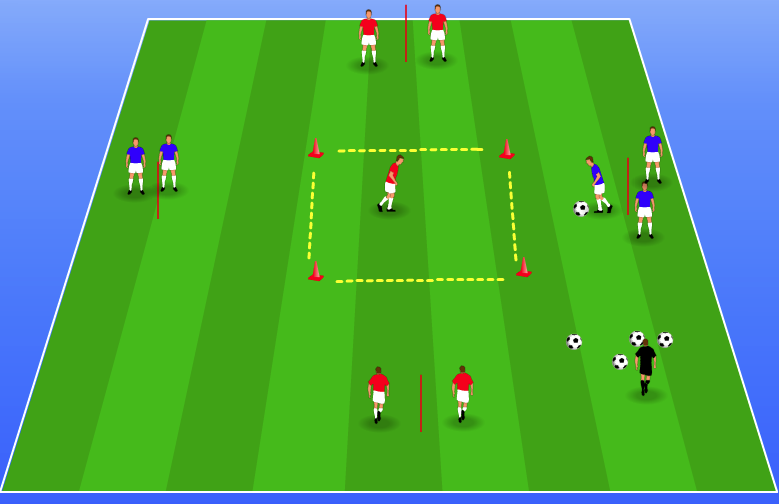 The Blue Player dribbles into the hole and attempts to dribble the Red player to get to the other side. 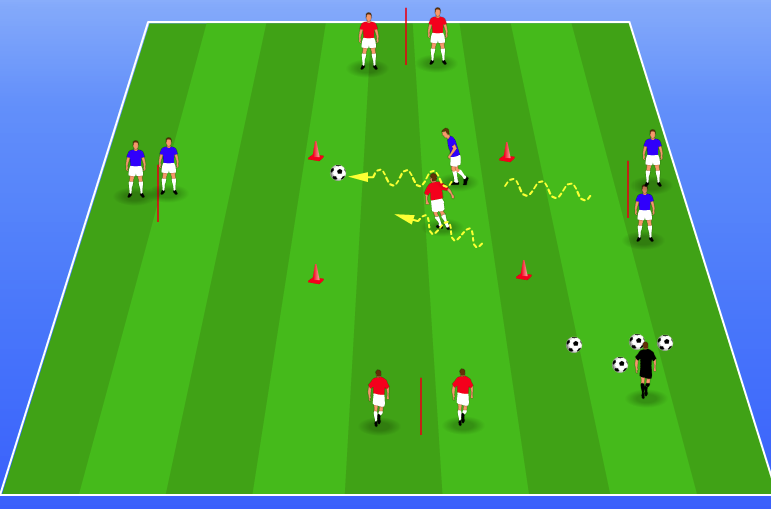 If the attacking player (Blue) successfully dribbles past the defending player he passes the ball to his teammate. (as shown in diagram below- player 1 passing the ball to player 2) 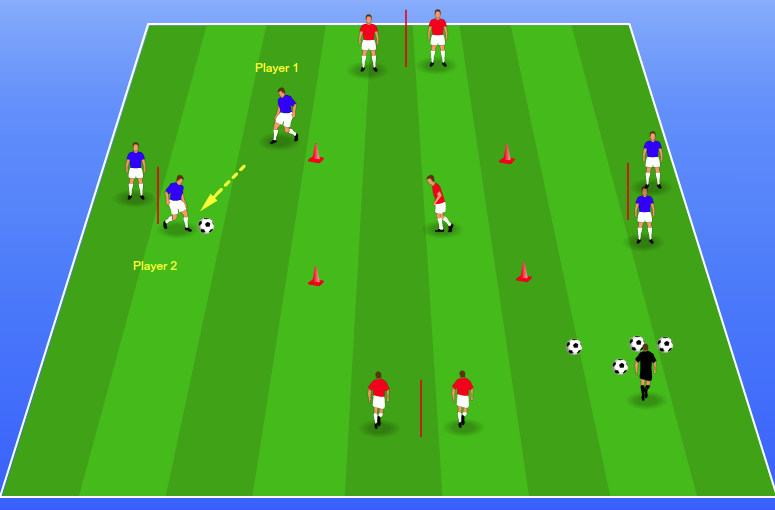 Player 2 (Blue) dribbles towards the hole and challenges the same defender. 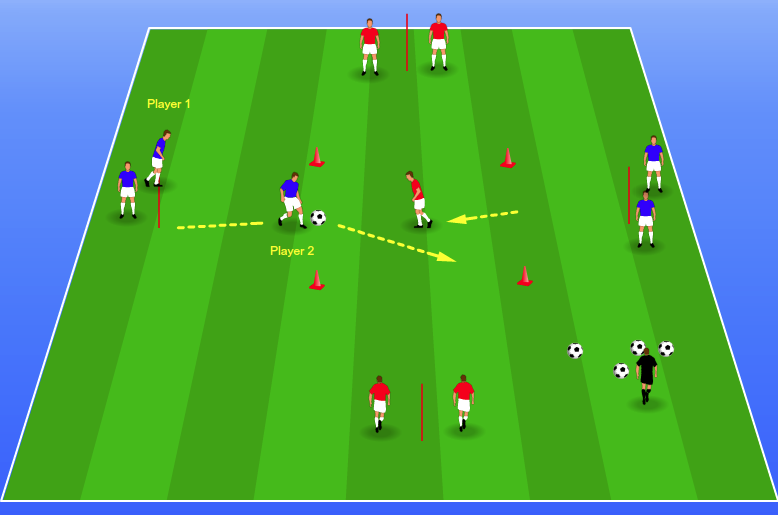 If the defender (Red) wins the ball or the ball is knocked out of the hole (grid)- the player losing the ball (player 2 Blue) becomes the defender.

The player that wins the ball or forces the ball out out of the hole, passes the ball to his teammate (player 3 Red) and the soccer drill continues. 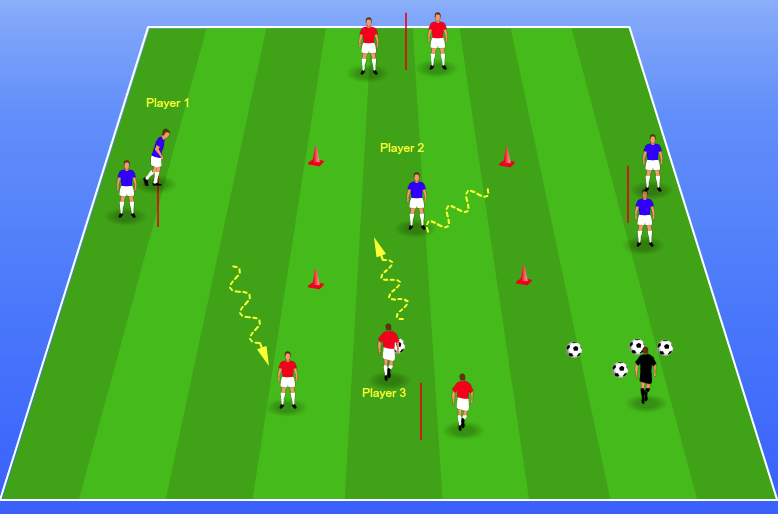