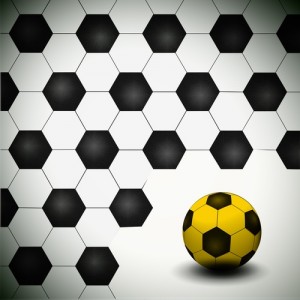 What do you get when you cross the best soccer psychologist, retired pro turned A-list blogger and celebrity and a professional soccer coach and author specialising in youth football development and coaching.

1-Why do so many children quit the game of soccer?

2-If you could give parents one piece of advice, what would it be?

3-Identify 3 characteristics of a great soccer coach working with kids?

4-If you could control the parents, what would you do with them?

session. What is your approach?

6- What is the one thing you never leave home without?

7- What is your favourite drill for kids and why?

8- How would you define coaching success?

9- What is your idea of the perfect game?

10- What makes a great soccer player? 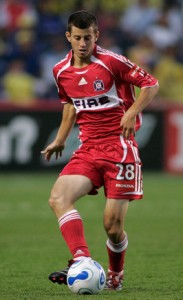 At OnlineSoccerAcademy.com they make better soccer players through free online training videos.  Their mission is to teach players that if you Believe in it® and back that up with hard work anything in life is possible.

1. I don’t have any statistics about this.  My guess is as kids get older they find out what they are passion it about and stick to that.  If they aren’t passionate about soccer they quit.  Which is okay.  They should play the game because they love it.  Not because they have too or their parents make them.

2. My advice to parents is to support their children and not put pressure on them when it comes to soccer.  Parents make mistakes, just like kids do. You don’t want your son or daughter playing scared to make a mistake because you will yell at them.  If they have that fear in their mind they will never reach their full potential.  Encourage your kids to play with confidence and know that if they make a mistake it’s okay, mistakes happen.  Tell them to laugh off mistakes, react positive and hustle back on defense!  Support your kids, don’t scare them.

3. Coaches that are organized, create a culture of fun and encourage kids to be confident in their abilities.

4. I’d encourage them to act like I suggested in my answer to question 2.

5. I talk to them privately during a water break and try my best to find out what the issue.  Sometimes things are going at home that you don’t know about which is the cause of this behavior.  I do my best to talk to the player, encourage them to forget about their problems during practice and have fun playing.  Sometimes they are scared and need a confidence boost.  In my opinion this is not a situation to yell at this player in front of the team.  This player needs private attention.

8. Coaching success is when you see players doing the little things right because they know too and want too, not because you told them too.  Picking up trash next to the bench, being good sportsman and playing good soccer from their own thinking; not you telling them where to go.  Also when I see a player with confidence because they have been working hard to improve that is success.  Confidence on the field translates to confidence in the classroom and in life.

9.  A perfect game… I don’t think there ever is one.  Winning a championship is about as perfect as it gets!

10. A player that is passionate, loves the game, communicates with teammates, makes players around them better, works hard and is a smart player. 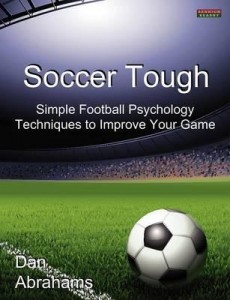 This man needs no introduction. If you missed the first interview make sure you read it here. Plenty of gold nuggets in that interview.

Since we last talked, Dan has published his first book “Soccer Tough”

Soccer Tough demystifies this crucial side of the game and offers practical techniques that will enable soccer players of all abilities to actively develop focus, energy, and confidence. Soccer Tough will help banish the fear, mistakes, and mental limits that holds players back.

Soccer Tough is destined to become one of the best football books available and required reading for all football / soccer players who want to excel and achieve in this most demanding of sports. 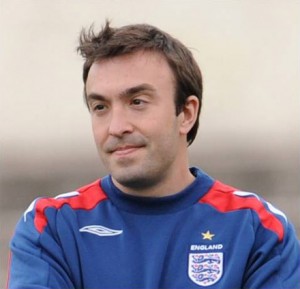 If you buy one soccer book this year, buy this one.

1. Good question with no simple answer. There are multiple reasons. The game will lose players naturally as kids grow other interests, but we also have to mind our club and coaching cultures. Kids first and foremost want to have fun and meet new friends. Clubs need to cater for this rather than pushing a needless overly-competitive environment onto them. The concept of ‘kids need to understand life is competitive’ is simplistic and potentially harmful. Kids are naturally competitive anyway. To my mind the culture of a club should be fun first, social second and skill third. Winning comes down the list and is a given anyway. Strive to win but do so in a manner that is fun, social and is building as much skill as possible. If you don’t have that you’ll lose players.

2. Avoid coaching, support from a distance, encourage and ask questions rather than give advice. “What went well today?” is a fantastic question straight after a match or training session.

4. Control is a strong word. Parents need further education about their role in the coaching process.

5. Allow him/her to sit out and address the challenge after the session. Work with the parents to try to find out what the challenge is and gently expose the child to training.

8. Having happy kids who play with fun, freedom and focus

9. Happy kids who play with fun, freedom and focus 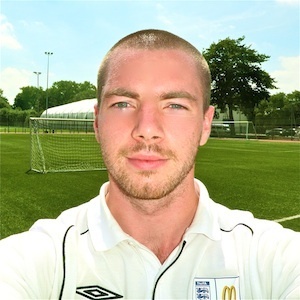 Pav Williams is the Editor of The Coaching Manual – a unique online resource which gives grassroots soccer coaches a window into one of the Premier League’s most productive Academies.

Pavl is a recognised authority on grassroots development and has been interviewed several times by the BBC and published a number of articles for several household soccer magazines.

He also owns BetterFootball.net where he interviews the world’s leading coaching experts.

1. I’m not sure that every child is given the opportunity to fall in love with the game in the first place. I think there’s a lot of coaches who see soccer through an adult’s eyes and jump straight in to “Developing Technique” or “Learning to Win” or “Creating Intelligent Players” or whatever the currently trendy coaching cliché is. In fact none of these noble intents are valid if the kids we look after aren’t allowed to discover what the game in its rawest form is – it’s the most popular sport in the world because it contains everything glorious about sport even (especially?) before a coach steps in and ‘modifies the game’.

That means take a long-term view towards development and understand that kids don’t become great football players in a season or two, and that there’s lots of things a coach will have to work on to lay the foundations for later development.

Also, it means take a long-term view towards your child’s participation in the game – in England less than 0.01% of participants will ever play the game at a professional level so to discuss the game in these terms is madness. Instead, consider what it would take to encourage your child to still be in love with soccer, still be playing when they’re 25 years old (at whatever level they can) and still be in weekly contact with the dozens of close friends they have met through the sport?

4. Try to educate them. I’d encourage them to visit site’s like this and consider the effects that their actions or comments can have on their children’s enjoyment and development. There’s only ever a minority who cause any problems but having other parents who are better prepared to talk to those ‘difficult’ ones would be great.

5. This could really change player-to-player but one strategy would be to include a variety of challenges within the same training session, allowing players with lower confidence to get some ‘easy wins’ and gradually build up their confidence. Many players won’t want to perform in front of other kids so having practices where everybody is working on their own thing (i.e. having a ball each) will take the focus off less-confident players.

6. Like most coaches I know, my car is simply a mobile coaching equipment lock-up so I’m rarely without the essentials!

If I had to pick just one single item for a session it would be a Futsal ball; we could still play a game (“jumpers for goalposts”) but the heavier weight would encourage dribbling and short passing. If we had more than 10 players I’d have three (or more) teams and rotate a new team in every 2-3 minutes.

Aside from a ball, I always have my iPhone with me so that I can access all my session plans and session notes (stored in iBooks and Evernote) wherever I am. 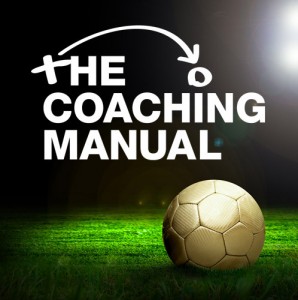 7. I like anything that is game-based as it guarantees a realistic high-tempo, lots of realistic decisions and lots of touches for the players. One of my favourites is to set-up a large goal on one end-line and two smaller goals on the other end-line because it encourages two different types of attack. (You can see the set-up in broadcast-quality video here: http://www.thecoachingmanual.com/Sessions/Attacking/Small-Sided-Games/Conditioned-Small-Sided-Games-74.aspx).

A twist on this set-up is to only allow the team attacking the large goal to ‘score’ points. The defending team must play out from the back and pass in to one of the two smaller goals (simulating a pass to a forward player’s feet) to ‘escape’. If the defending team is successful, the teams swap places and they start with the ball so they are now the team that can score.

8. I will judge my long-term success on the number of players I have coached at an early age who are still playing the game when they are adults.

Shorter term, I look at metrics like attendance, retention and recruitment of players (they all play for free). We also measure how players have improved over a six-week unit of work and how they have progressed over a season. These subjective measures are a product of coach and parent feedback combined with the player’s own targets and self-evaluations.

9. Two evenly matched teams so it is competitive until the last minute. An appropriate number of players on every team and playing on an appropriate sized field with appropriate sized goals. If there are substitutes for either team, they don’t just sit on the bench – instead they play an informal game against each other on the sidelines.

Every child plays the same amount of time, playing some time in every position on the pitch. And every player on my team scores a goal so great that they can race home with a smile on their face and tell their family all about it!

Every professional player has outstanding touch, vision, fitness and so on. What makes players interesting – and what makes the true greats “great” – is the unique elements they bring to the game.

Messi, Ronaldo, Henry, Zidane, Bergkamp, Maradona…  These guys weren’t just better versions of the forwards or midfielders they played against; they all did things completely different that it would have been impossible to predict a generation earlier.

That’s why it’s arrogant of coaches to think they can ‘build’ a great player of the future like a jigsaw puzzle, by simply gathering together all the pieces and arranging them in a certain way. Instead, it’s our job as coaches to help young players become as good as they can be – to maximise their unique talents – and see where that takes them.