Any sport that is competitive will eventually resemble high school. Soccer has exploded as a sport and to say that top-flight soccer is competitive would be an understatement.

You might scratch your head and say high school?

I remember high school, do you?

Can you relate this to soccer?

Insecurity exists in soccer from coaches that don’t make good judgements. That don’t understand the basic fundamentals of the game and turn the sport into a popularity contest. Just because you’re popular, just because you’re liked in the team, shouldn’t necessarily guarantee you a spot in the first eleven.

Believe it or not, professional soccer is like high school, but with a lot of money. The winners in soccer and in high school are the ones that don’t take it too seriously but understand what they’re trying to accomplish. If you get stuck in all the dramas, backstabbing and worry what insignificant, irrelevant people or coaches think, you’ll never accomplish anything.

So how do you compete in high school, sorry I meant soccer?

You need to make a decision. Don’t stress, it doesn’t have to be the right decision or the perfect decision. Just be sure to make one.

Even better, make several. Set goals, set benchmarks and stop worrying about the popularity contest or all the drama queens you will encounter. Forget about all the insecurities and believe in your playing ability because no one else will if you don’t.

Make your own decisions and stick by them. Don’t follow other players dreams or decisions, be yourself. It doesn’t matter if you’re right or wrong, it matters that you have decided.

Making these decisions and setting goals is risky and painful. But this is what separates you from the millions of players that grace the very same pasture.

Don’t waste your time or energy on backstabbing or trying to become popular. Concentrate all your energy and time on becoming a better player. 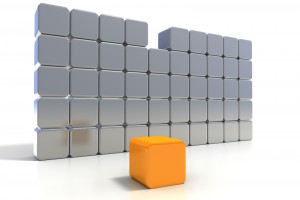 Next time you’re at training, listen to some of the conversations that occur amongst some of the “popular players” or the “clicks”. What a waste of energy! They’re interested in the popularity contest.

If you concentrate on your goal and commit to it, you will achieve it. How many popular jocks from your high school went on to bigger and better things? Did their popularity last?

Remember this, popularity and even trends fade. Hard work, commitment and sacrifice build your character and bring you a step closer to your soccer ambitions.

Popularity at a young age will only give you a false sense of worth amongst your pretentious and backstabbing teammates. But will this get you a professional contract?

Go about your business quietly and stay away from the drama or the backstabbing.

It’s nice to be popular and amongst the “in” crowd, don’t you think?

But who wouldn’t trade this popularity for a chance to play on the big stage with a 100 thousand crazy supporters chanting your name.

Think about it for a while, it’s very liberating not to worry about the drama or the popularity contest and just focus on the soccer.

“May the winds of destiny blow you to the stars”.