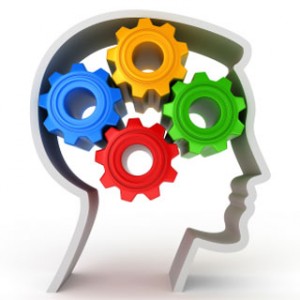 Everybody experiences difficulties, hardship and loss. No real surprises here. But how do you overcome difficulties to achieve success, happiness or even health?

How do you protect your children and ensure they have the best chance of achieving their dreams.

Is there an answer?

Is there something, a force, an equation, a factor, religion, science or power that a very few understand that helps them become successful or even happy against all odds?

Could it be mystical, coincidence, the stars aligning or just pure luck?

I’ve seen young kids, inferior kids infused with “something” that caused them to sign on the dotted line of a million dollar contract.

I’ve witnessed inferior soccer teams claim major scalps in what could only be described as Mission Impossible.

The “SOMETHING” is the paradox.

Many, if not all soccer parents, well educated in their respected professions will in their ignorance condemn my idea of love-based soccer. They will make no effort to learn about it and yet every time their child tastes success, they have unconsciously made use of it.

Soccer parents will only believe in what they want to believe. But let me tell you this, human behavior is defined in 3 categories.

Early men, wearing nothing but cloth and sandals developed ideas in which we still live by today.

Before we move on get your child to answer the following questions.

What is my soccer goal?

Have you visualized what you really want?

Love Based Soccer and the answers to the above questions will determine your soccer career form now on.

Most parents have a general idea of what soccer success would look like for their children. But beyond that, everything is vague and covered in a mist of fear. They merely go along from training to training figuring that if they train today and tomorrow that somehow the soccer gods will smile upon thee.

A child that participates in soccer is like a cork that floats aimlessly, pushed this way and pulled the other until it eventually gets washed up or becomes waterlogged and eventually sinks.

It makes no difference if you want to play for your country or your local team, you must have a fixed idea of what you’re after.

The “SOMETHING” is the prime motivating force in all of us and without love and an all consuming desire, nothing can be achieved.

Most will read this and blurt Pfffft. New ideas will always be slandered, attacked and crucified by the majority. But we’re not looking to be a part of the majority are we?