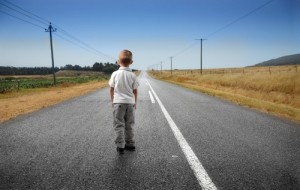 When children are exposed to gifted players (same age) or high performers they tend to react in two different ways.

They can embrace their teammate as being similar to themselves and enjoy the spoils of victory or they can see the skills of the other player as a signal that they are not measuring up.

While the first reaction can lead to a positive experience, after all they are winning, the second reaction often leads to better performance.

“Why would feeling good be bad for you?”

Psychologists call this “post-reinforcement pause” and the behaviour has been observed in everything from rats, pigeons, monkeys and adults.

Prisoners of the Past

One of the significant conclusions from their experiments was this,

“Children observing another child succeed and achieving his/her goal can make them feel like their achieving the same goal and even performing at the same level.”

Lets investigate the other end of the scale, which is feeling bad. Feeling bad is just a signal. Feeling inferior, embarrassed or just bad about your performance are all signals that something needs improving. These negative emotions can push your child to take action to change their performance and inevitably their mood.

When players are in a negative state, they’re more willing to exert effort to change their situation.

In contrast, players in a positive mood are less likely to pay attention to details or carefully dissect their performances.

Also feeling bad after watching someone else perform should be interpreted as a signal that you are not performing. This should trigger a need for change and should act as a great motivator.

All parents should be aware of this because children will not compare themselves to the star player or the high performers. This comparison will often trigger negative feelings and they tend to avoid them at all costs.

Last month I ran in the DeCastella fun run. After completing the 5km I could easily choose to look at the runners who ran faster than me. Obviously, looking at people who ran faster than me could lead to feelings of incompetence. Several times during the race young children ran past me and I couldn’t help but think,

But when I noticed I was running faster than a person 10 years younger than me, I felt superior and fit. My stride increased and the chest was arched towards the heavens in an attempt to showcase my superior fitness.

Children who have high self esteem or feel positive about themselves are less likely to make those upward comparisons. These kids understand that upward comparisons might damage their confidence so they avoid them.

While children that train hard and are praised for their efforts are more likely to make those upward comparisons.

The only way your child can improve is by looking upward. Looking upward is potentially painful but like the old saying promotes, “no pain, no gain”.

4 Tips to all Soccer Parents and Children

As parents it’s our job to protect our children. Most would argue comparisons are dangerous. But if your child is happy winning as a result of other players I’m afraid his/her career will be short lived. Now that you’re aware of this behaviour, it’s your duty to rectify it.

“Children observing another child succeed and achieving his/her goal can make them feel like their achieving the same goal and even performing at the same level.”

To all the brave soccer parents in the world remember this,

“Pain is temporary, regret is forever. The fear of suffering is worse than suffering itself, and no heart ever suffered when it went in search of its dream” The Alchemist