Soccer Drills for U8

The purpose of this drill is to allow players to develop their dribbling and defending techniques.

As players develop and mature in ability, they should begin to realise that soccer is about one on one duals and beating your direct opponent.

Players on the red team are the attacking side and start with possession. The red player must try and dribble his opponent and stop the ball in between the cones.

Players on the blue team need to defend- if they gain possession-they become the attackers and try and stop the ball in between the cones. 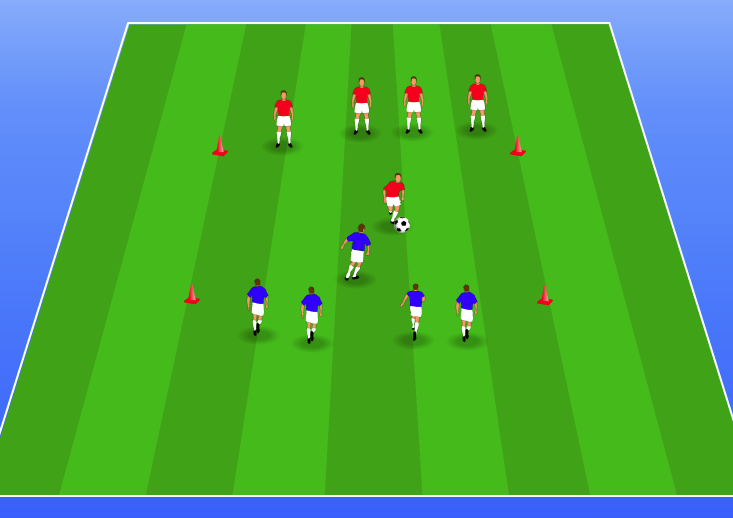 The dual stops once the ball leaves the square or a player reaches the opposite side of the square with possession of the ball.

The 1v1 drill should be conducted in a small grid to allow close battles for the ball.

A quick variation to this drill involves the addition of goals & goalkeepers. This drill now simulates -one on ones- during match day and offers the attackers the opportunity to shoot. 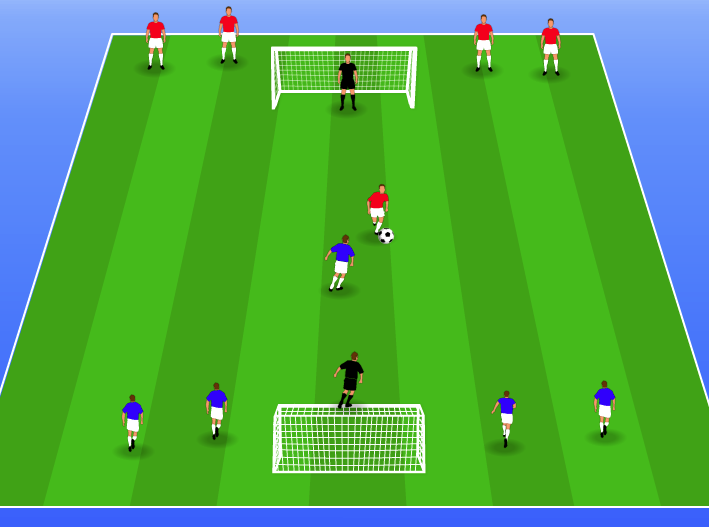 Another variation to the following drill is the addition of 2 more players. This allows for -one on one- duals but also allows for passing and running off the ball.

Once possession is lost, the defenders become the attackers and vice versa.

If the ball leaves the grid or a goal is scored, the next duo enter the field. 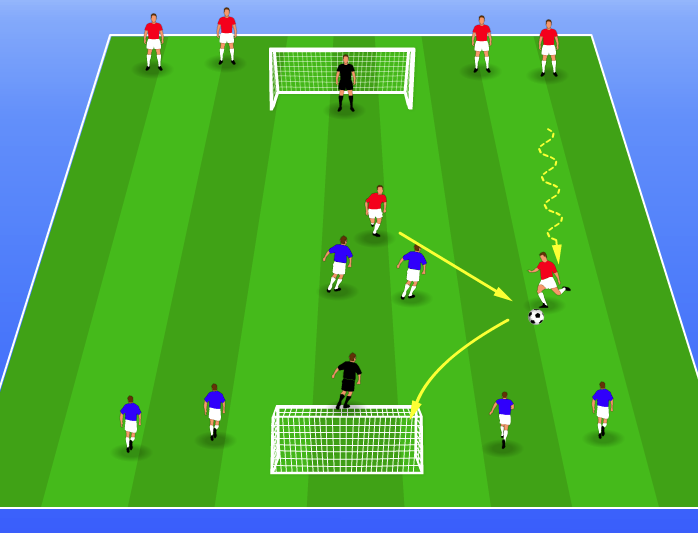 When coaching or watching your child train always remember to praise effort, not the score or the outcome.