This soccer drill is called Handball for obvious reasons.

Area: 50 by 30 yards split into 3 zones as highlighted by the red dashed lines.

Players: 2 teams of 7 (including goalkeepers) 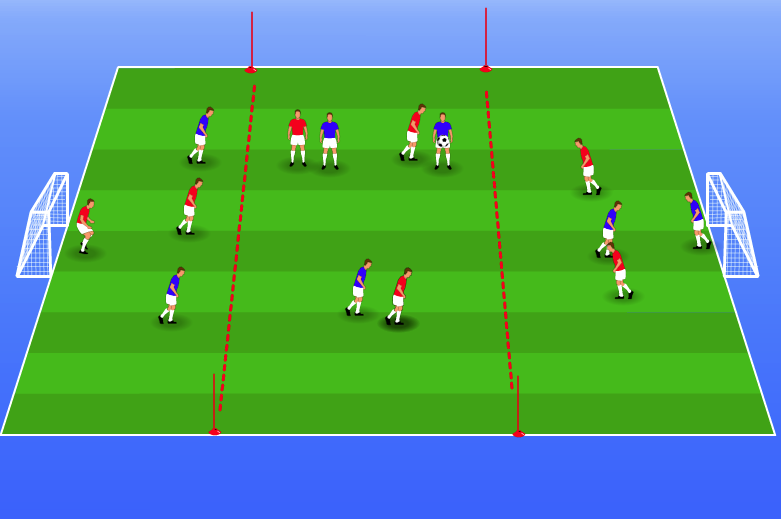 2 strikers stand in the final 1/3 for the attacking team.

The soccer ball is thrown and caught between team mates who try and get the ball into the attacking zone.

Players that have possession of the ball must walk and look for passing options.

Player with ball can pass freely but must pass the ball when tagged by an opponent.

Opponents can only win the ball by intercepting the ball.

If the ball hits the ground, possession is also lost.

A goal can only be scored by using the head to header the ball into the goals.

Running into space and creating angles to maintain possession

Communication- demanding the ball when in space

This soccer drill can be altered in the following ways;

The ball must be headed once the ball is thrown to a teammate. The ball can only be caught after a header.

Overload the defence to make it harder for the attacking team to score. (reverse the 2 v 1)

Allow the player with possession to run with the ball instead of walking.

Restrict the type of throw during play (over-arm, under-arm or normal throw-in technique)