This soccer drill is called the X factor because it creates the X-shape passing combination in midfield. 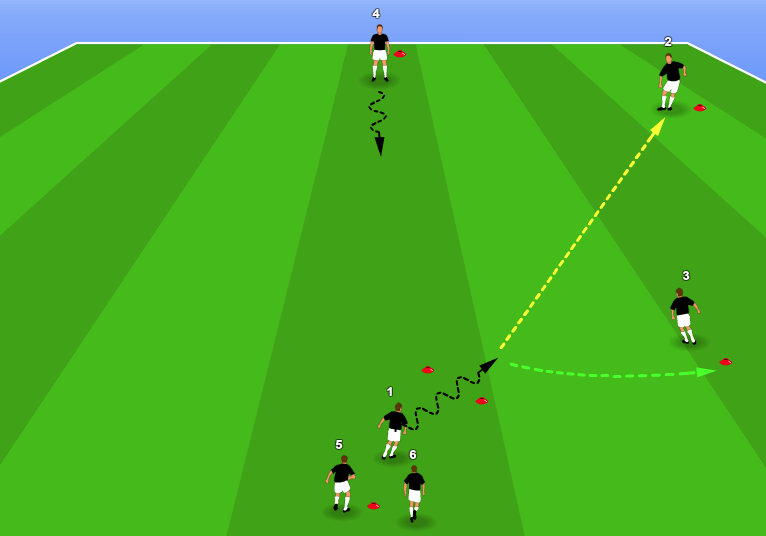 Depending on the age group, create a zone similar to a half pitch. To begin with, set out the cones as seen above to give the players structure.

The soccer drill starts with Player 1 dribbling the ball (represented in black) through the gates and passing it (yellow) to Player 2. As Player 1 completes his pass, he sprints (represented in green) to the cone where Player 3 is positioned. 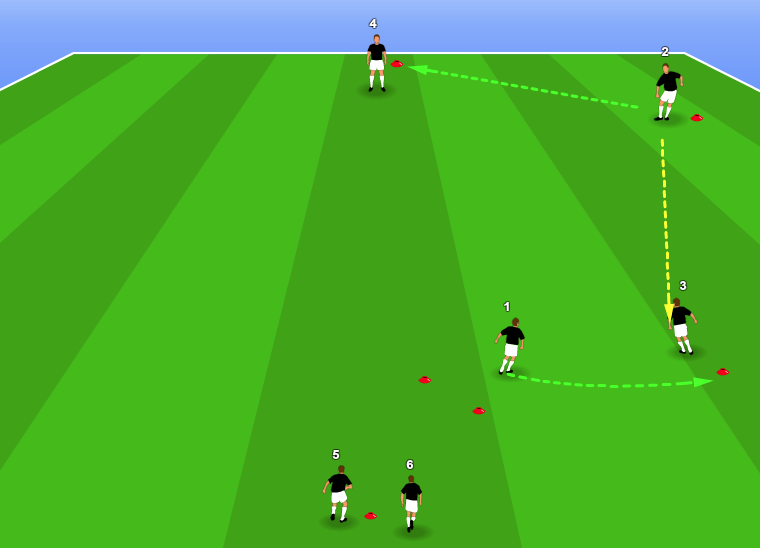 Player 2 receives the ball and passes it to Player 3. As he completes the pass, he sprints towards Player 4.

Player 3 controls the ball and passes it to Player 4 and sprints to the next cone. 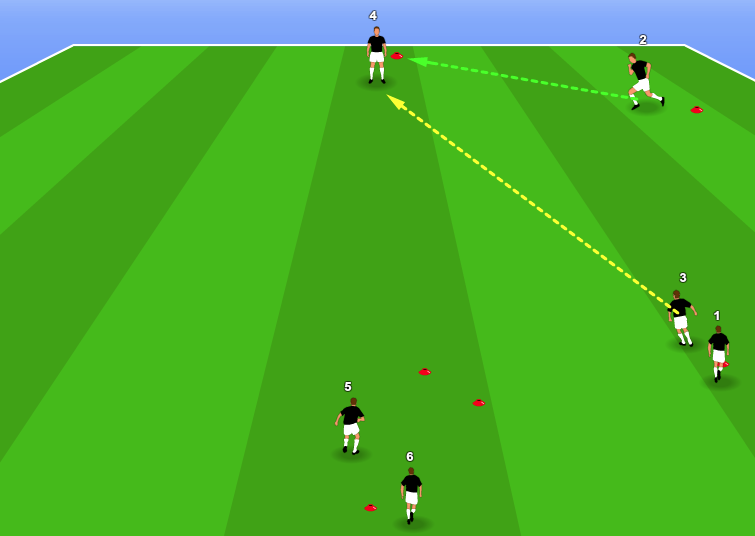 Once Player 4 receives the ball, he dribbles the ball with pace and then passes it to Player 5 who is starting the drill sequence again. 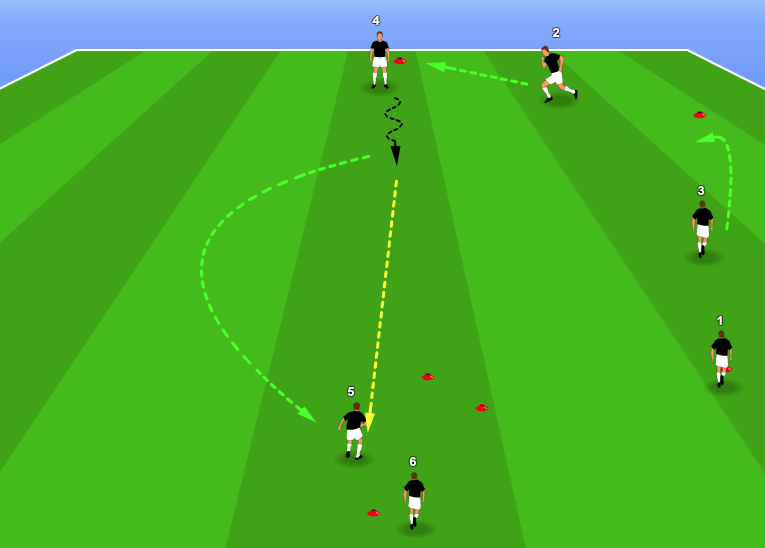 This drill helps improve their passing skills and improves their fitness via the sprints after the pass. The automatic sprint requirement creates good habits for the young player as most will stop after they give a pass missing out on potential overload situations.

The diagram below shows the X- pattern created by the movement and the passing. 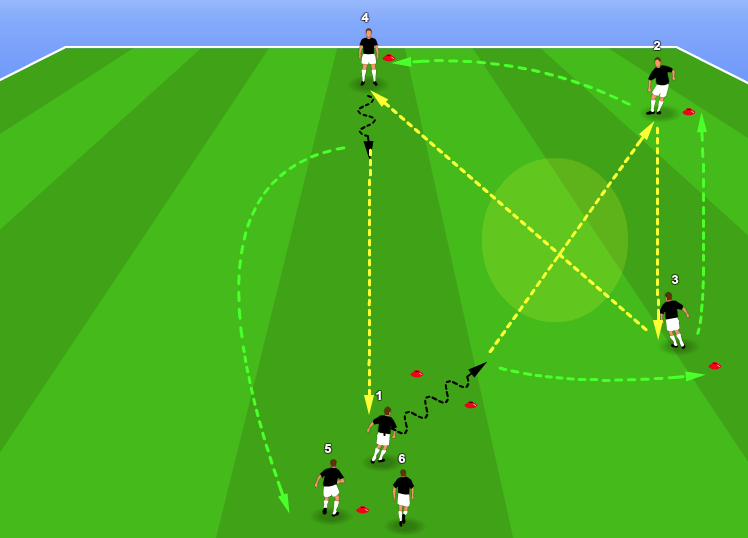 Through repetition, this soccer drill will allow young players to think about diagonal passes eliminating the opponents midfield lines with just 2 medium range passes along the grass. 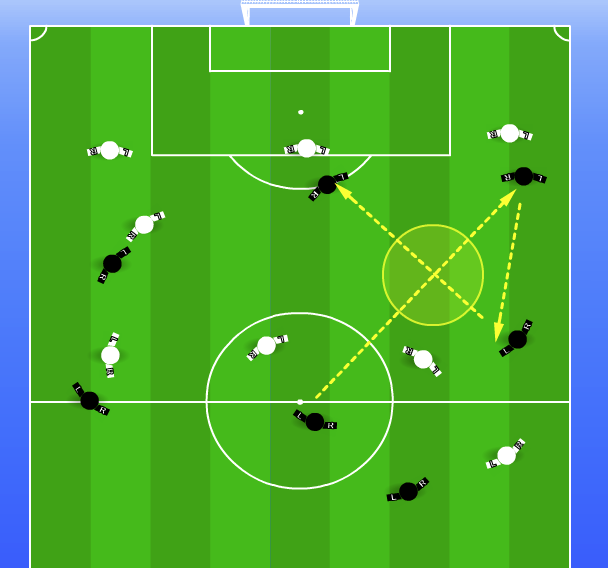